I discovered this Warwickshire Wildlife Trust (WWT) nature reserve whilst on the hunt for a good source of blackberries. I’ve been going through a bit of a apple crumble phase and the one thing that improves apple crumble is a handful of blackberries. Over the summer I’ve been trying to see as many of the WWT reserves as possible and chose Crackley Wood mainly due to its proximity to home.

It’s less wild than some of the others I’ve been to due to a large circular route that people use to walk their dogs and stretch their legs. However there are also plenty of small footpaths crisscrossing the wood that will take you away from the people and give you a better chance of spotting birds and insects.

What made Crackley Wood especially memorable is that about half way round there is a glade in the wood. We emerged into it to be greeted by over twenty various species of dragonfly and damselfly swooping through the air, doing stunt turns and sudden dives to catch insects. Occasionally they stopped and rested on a stem of grass or log, giving me the opportunity to try and get close enough for a macro photo. If there is one thing I love to find when out taking photos, it is an exhausted insect that is happy to let me get up close. 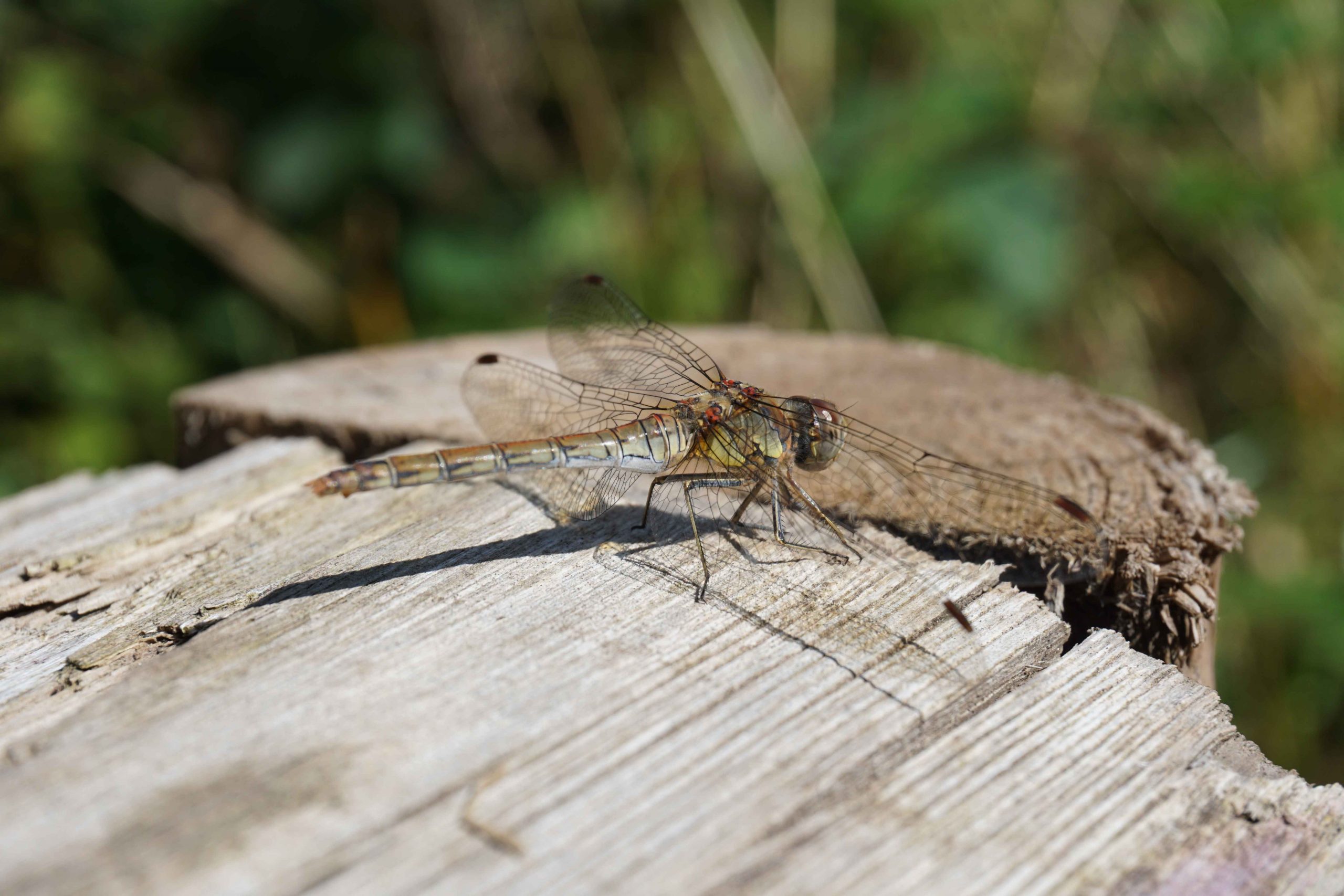 Crackley Wood nature reserve also borders on the Kenilworth Greenway so can be combined with a longer walk along the greenway. I plan to return to the wood in late April to see the bluebells that carpet the floor and spot the new spring flowers poking through.