Way back, when I was younger and lived in Cornwall, my brother and I used to go down to the bottom of the garden and dig up the clay we found there. We used to make clay balls for throwing at trees (and subsequently got into trouble for covering the neighbour’s garage wall in lumps of clay).

More recently I visited family in Hampshire and was asked to dig a hole for a new fence post. As you have probably guessed, I went pretty deep and struck clay. Instead of making clay balls and lobbing them around I decided to take up clay modelling, so this post details my foray into clay modelling using garden variety clay – or ‘earthen clay’ to use the pottery lingo.

Step 1.
Find clay. Unless you live in Hampshire or West Sussex where I can guarantee it is, the easiest way is probably digging through the topsoil in your garden and seeing what you find. I advise digging the hole in your vegetable patch rather than the lawn. Once you have located the clay, take care not to knock soil into the hole.

Step 2.
Use a trowel to cut cylindrical tubes into the clay and pry it out with your fingers. You can also attack it with a spade but that is more likely to knock unwanted dirt in.

Step 3.
Despite following step 1 to the letter, my clay was dirty due to soil from the hole and the clay itself had roots threaded through it. So my second step was to put it all in a bucket and try and rinse the dirt out.

Update 25/08: I went and dug some more clay up, and this time took extra care not to knock soil in and so skipped this step.

Step 4.
The fourth step was to reshape the clay into a big block. My reasoning was that it would stop it from drying out as fast and be easier to transport.

The first thing I made was a clay pot. It took a few attempts to get a style that looked at least slightly symmetrical. I tried finger shaping it at first but couldn’t get a consistent shape. For the second attempt I rolled out the clay and cut it into a long rectangle, and shaped a round base, and then joined the two together. The base slightly cracked from the bottom once it had dried but not enough to worry about.

My second model was a clump of mushrooms growing from a log.

I shaped the caps separately and didn’t join them onto the stalks as I thought it would be easier to paint them separately in the future.

The dragon took hours and hours to get it how I wanted. I think it was roughly 6 hours of reshaping and practising until I was happy with it. I’ve found out it’s easier to remove excess clay than it is to add more on. So after trying to model everything separately in my first few attempts, I then started with the rough outline and gradually removed clay to reveal the shape.

My final creation with this batch of clay was an Octopus. I designed it on a lump of rock to keep it upright, with the tentacles rearing up around it. 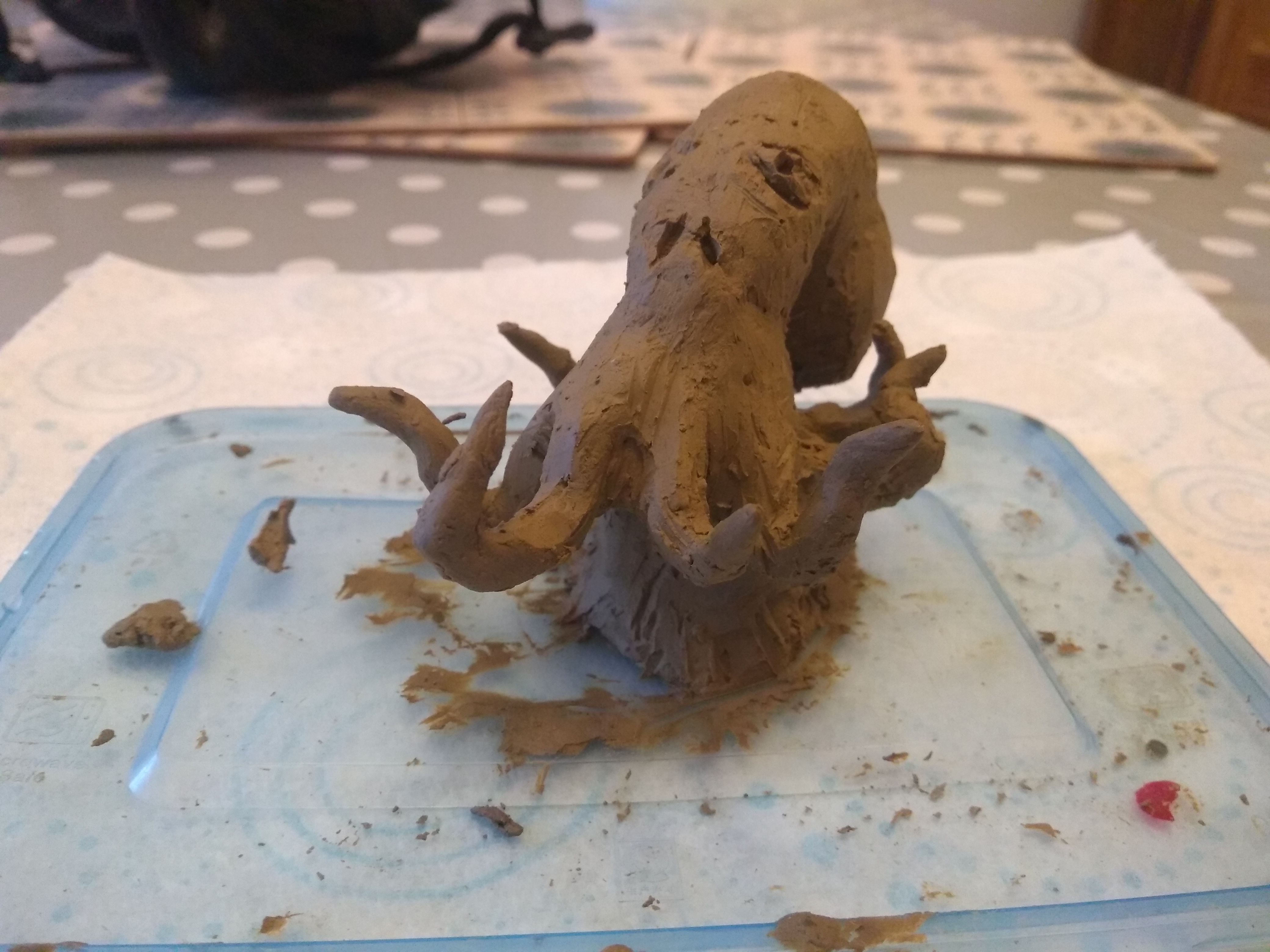 Turns out it is the most fragile of the models (as far as I know, not testing fragility on any others!) I knocked it off a shelf and broke 6 of the 8 tentacles, plus the head off – a bit of superglue later and it’s Humpty Dumpty-ed back together, ready to be the test subject for acrylic paint. The is subsequently to remake this one, slightly larger and less broken looking.

I revisited Hampshire for the August bank holiday and dug up some more clay to practice some more with, which I will post about next. 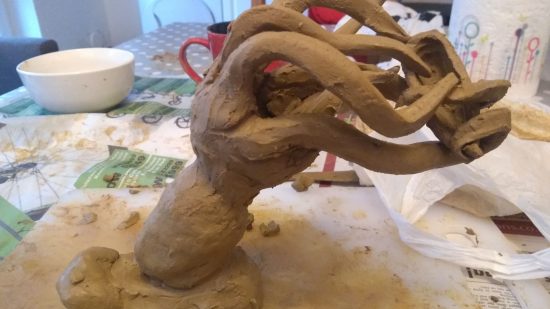 A second foray into clay modelling