I love to find those out of the way places that whisk you away from the concerns of everyday life. Whether this is by wading through an overgrown river or trying new paint techniques is up to you!

Wandering the streets of Venice

In 2015 I was fortunate to be invited to Venice for a few days with my sister, Rachel, and her husband. He was on a work trip and so they were both paid for, but it meant I was in the Generator Venice Hostel whilst they stayed in a five-star hotel. The hostel was pretty good though, and one of the best I’ve ever been in. The first thing we did was make our way to La Giudecca, the island with the hotel and my hostel.After checking in, we explored Giudecca and found a rather public way to hang washing. I also spotted washing hanging over the canals so I suppose this is the better option.

Before we knew it, it was getting dark and our first evening in Venice was a picturesque sunset.

We spent the next day looking around one of the most famous parts of Venice, St Mark’s Square and the Basilica. The most impressive interior was the Doge’s palace with its great painted walls and ceilings.

In the evening we ate at Trattoria Altanellaon, a restaurant on our island. On a previous walk through the city I had noticed a load of tourists eating in McDonald’s of all places, and I have a feeling that it affected my meal choice. I had Calamari (squid) with polenta, only it was cooked in squid ink. Rachel was less than enthusiastic, being a strong disliker of fish.

I, on the other hand, was cautiously optimistic. What I had ordered didn’t really hit me until I started eating it. It was mostly tasty, but not something I would choose again.

The next day we spent a lot more time wandering the streets of Venice and eating a lot of gelato.

We were treated to another beautiful sunset, with fantastic clouds.

On the last day we returned to Saint Mark’s Square.

We managed to hunt down Ramo Varisco,  one of the narrowest streets in the world. Measuring at just 53cm wide. In reality its just a dingy alley but when a tourist, do as other tourists do.

We saw perched seagulls and bathing pigeons, the weather was boiling every day we were there.  Whenever we happened across one of the buildings housing a part of the 2015 art exhibition we dived in to have a break from the sun and admire the modern art.

We also popped into Museo Leonardo da Vinci, a museum that displays many of the devices he designed. Such as flying contraptions and peculiar weapon designs, you can view his ideas on this website.

One thing I recommend that many others may not consider is to find a way to go inside some of the buildings. The best one we went inside housed the wolf art exhibition. Outside it looked like a slightly run down building in a terrace row but inside was a spacious courtyard and rooms with really high ceilings.

The Cleveland Way: Wild Camping from Helmsley to Carlton Bank

Walking in Portugal: GR50 from Xertelo to Gerês

The route to Venford Falls, Devon 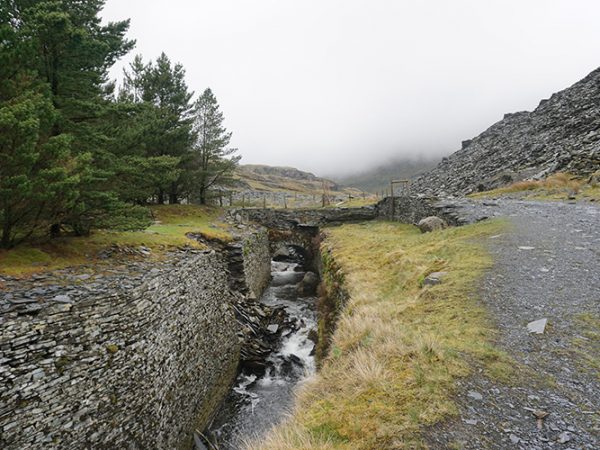 The dark woods of Halvana Plantation