Up and over the Transalpina in Romania 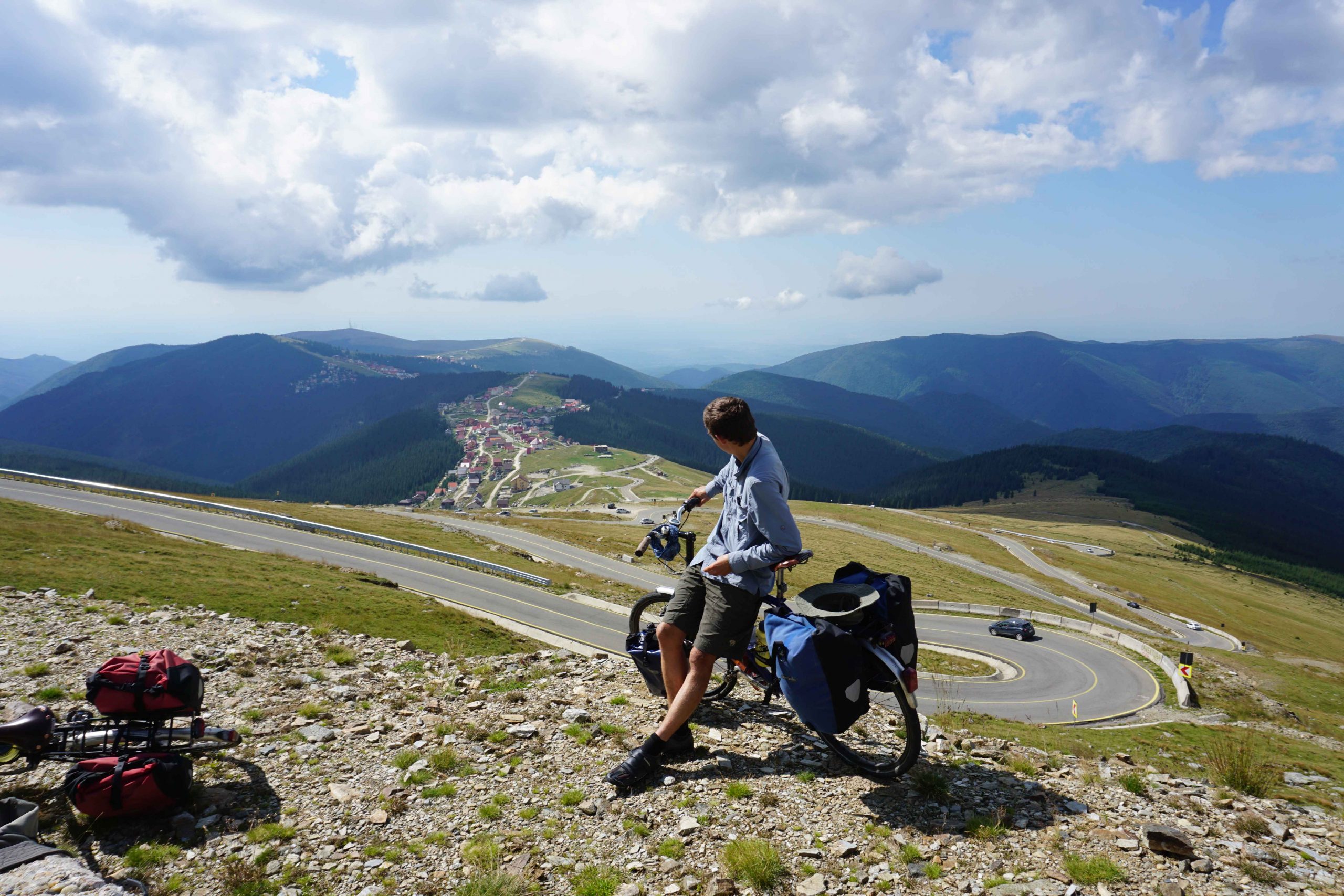 Whilst resting at the Danube Delta I read about Eurovelo 6 through Romania and didn’t find it very exciting. Instead we decided to go into the Carpathian mountains and see Bran Castle. In doing so we crossed the mountain range and now have to find our way back to rejoin Eurovelo 6 at the Iron Gates…

The route I decided on is the Transalpina, the highest altitude road in Romania. It was rebuilt during World War 2 by the Germans, then properly paved in 2007. The highest point is 2145m at the Urdele pass.

The first morning of Transalpina was spent getting to it. This involved going up and over a few small hills and into rural villages. Horse and cart was a common sight in most of Romania and we found it beneficial as all the local drivers are used to giving slower vehicles plenty of space when overtaking.

It takes a good long look to puzzle out what exactly is going on. And just what is that chainsaw doing?

In the afternoon we started the 70km steady climb to the top. It was miles upon miles of gradual climbing along the bottom of wooded valleys.

We had bought three days of food at Șugag to ensure we had enough food for the trip as there aren’t any shops in the mountains. Though we did later discover there were plenty of hot food stands in a sprawling gypsy-esque camp at the top. For the first night we camped at Lake Oasa, roughly 1/3 of the way up.

Thomas washed his clothes in the lake, though he wasn’t sure whether his shirt was dirtier and the lake cleaner by the end of it.

The morning of the second day we were woken up by the sound of sheep. I stuck my head out of the tent and saw a strange sight. Partially hidden by the trees was a shepherd reading a book, whilst a huge dog stared at me.

The second evening we camped beside a river. It was a challenge finding a spot not already taken up by Romanian holiday campers or gypsy shanty tents. In the end we found a quiet spot up river from them. It’s important to remember to camp up river of everyone else to avoid drinking whatever they are throwing in the river.

On the third day we realised we still hadn’t reached the top. It took another 2 hours to reach the highest part of the route, at 2145m.

There were a few more small hills then constant downhill for 30km to the bottom. Roughly 2 days cycle to get to the top and less than an hour to get down again!

The cycle tour so far:
Romania – Departure and the Danube Delta
Romania – Cycling through Transylvania
Romania – Up and over the Transalpina in Romania