This is the beginning of the ultimate bicycle tour, from our home in Launceston to the coast of Ireland and then across into Europe and around the Baltic Sea. Before all that though, here are the bikes. Mine is the blue Thorn Raven, and is to be my steady steed for the next four months. We set off from our home in Launceston and cycled to Exeter where we stayed at my brothers student accomodation. 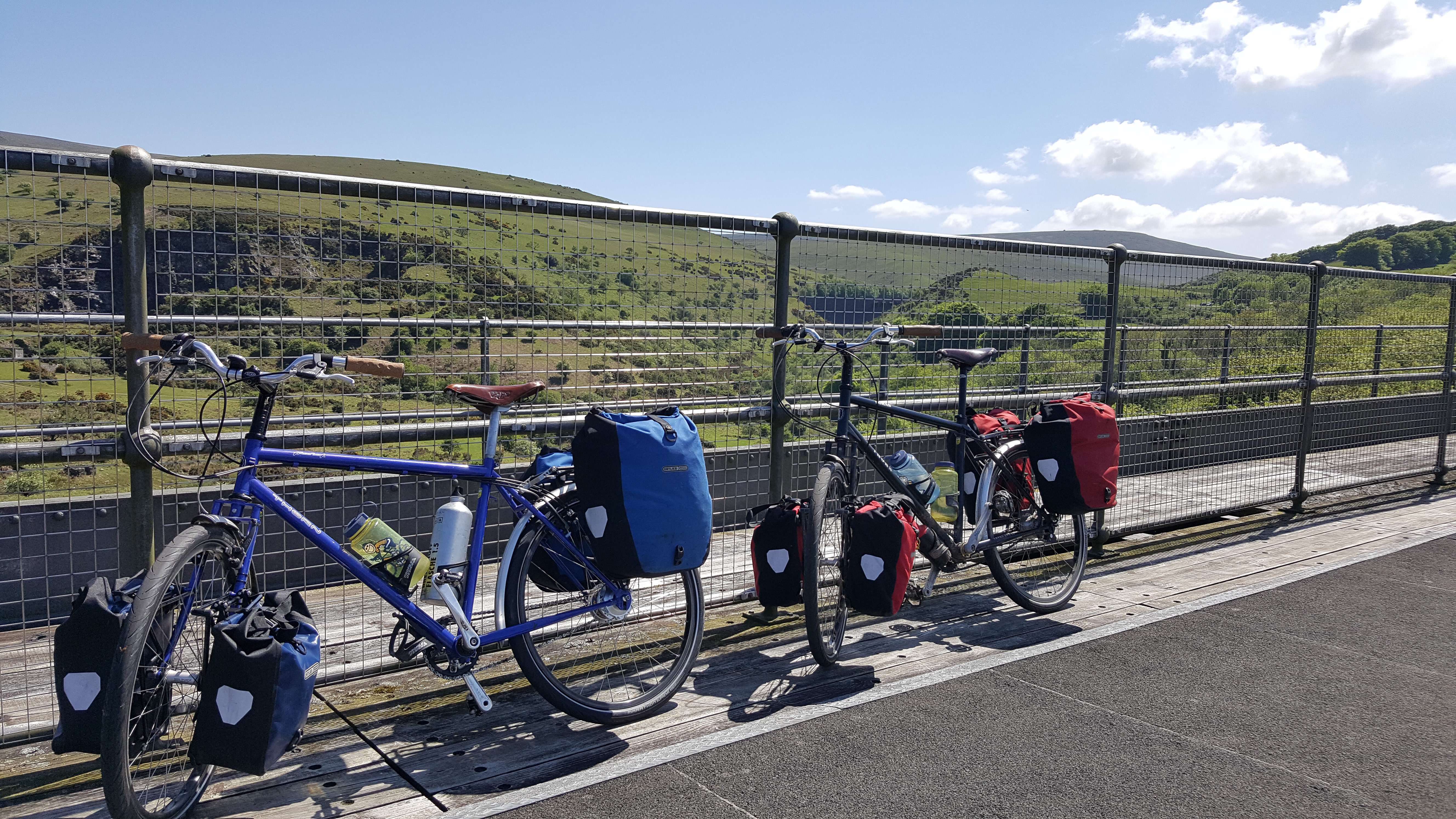 From Exeter, we caught a train to Carmarthen in Wales and arrived around 7pm. We decided to cycle out of the town and quickly find a wild campsite. That proved difficult and we were still cycling at 9pm, every possible spot we found was either boggy, in front of a house or not near water. In the end, we gave up and camped right at the top of a hill. We went for an evening stroll down to the bottom of the valley to get water from the river. 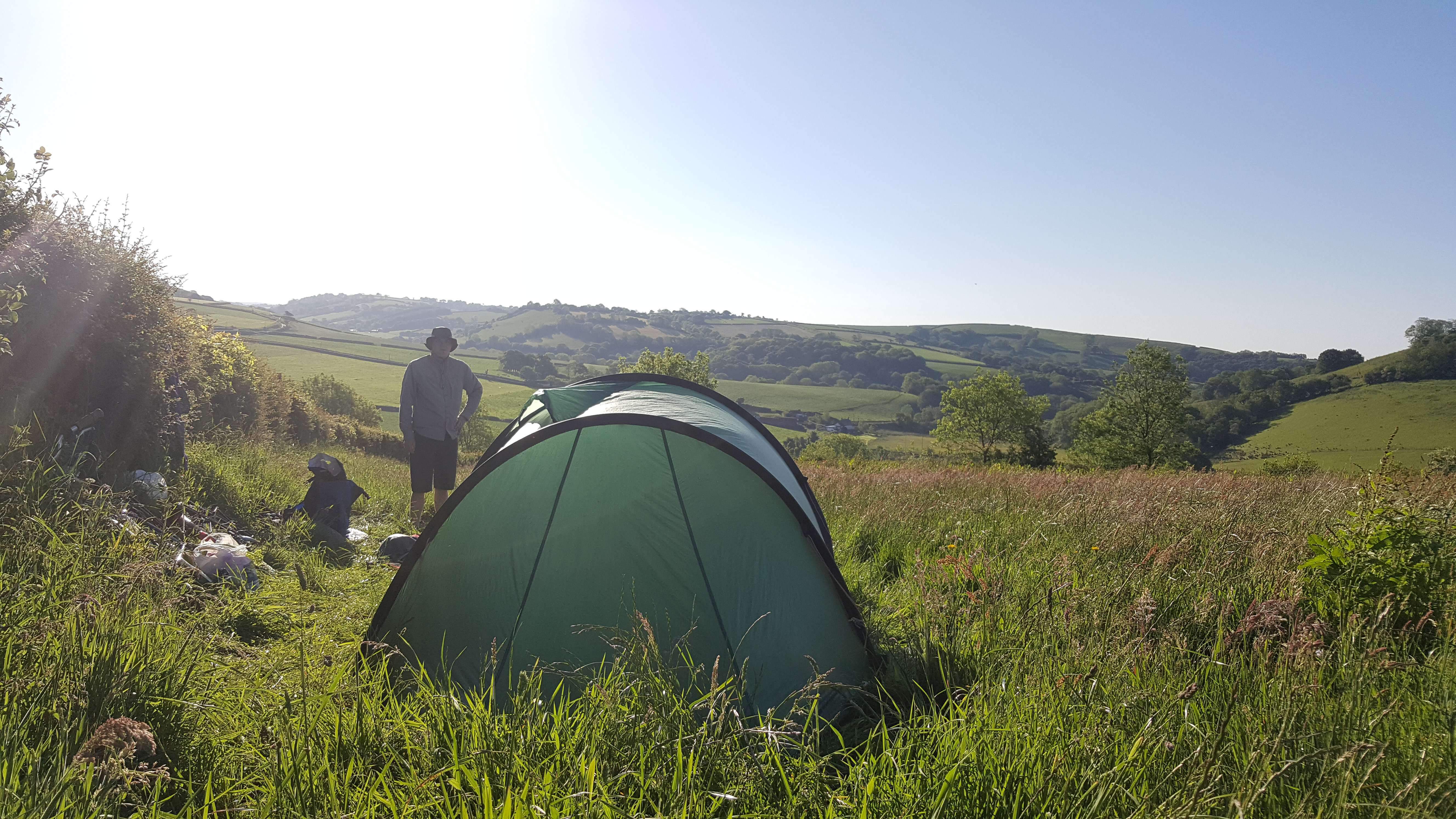 The hills in Wales were a shock to the system, coming out of Carmarthen it was constant up, hill after hill. It was only 40 miles to Fishguard but it took us quite a bit longer than we expected. I was overjoyed to see the countryside flatten out and the town nestled at the bottom of the valley.

The first campsite we passed was Gwaun Valley about 7 miles outside of Fishguard. I saw a sign that said ‘REAL ALE’ and immediately wanted to stop. After a bit of debating, we decided it would be a better idea to camp closer to the ferry and continued on to Fishguard. We stayed at an overpriced caravanning holiday park overlooking the town. 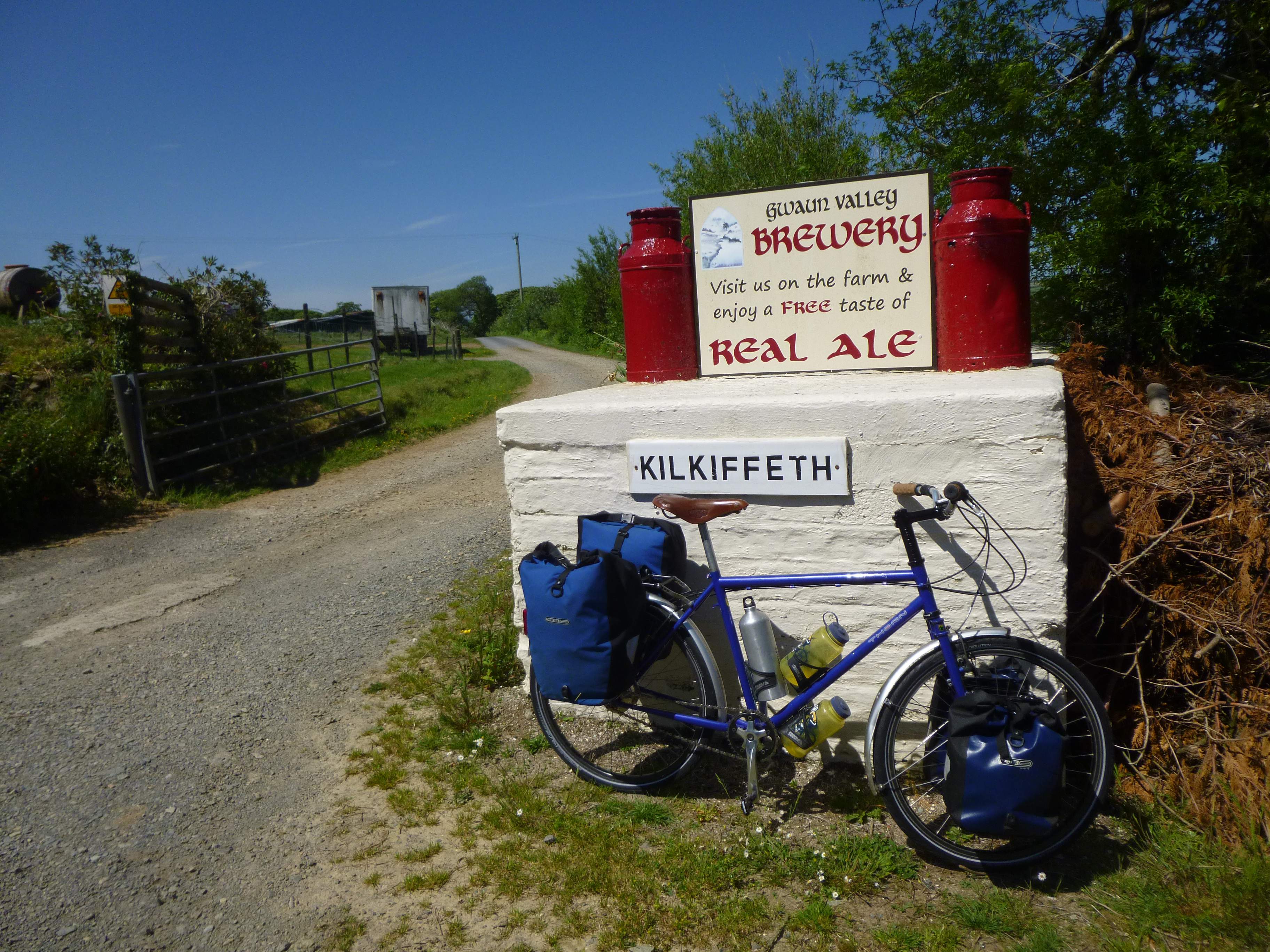 The advantage of the caravan park was the proximity to the ferry but also the splendid views over the Welsh coastline. It had been extremely hot all day and so we were pretty uncomfortable from all the welsh mountainshills. Another camper noticed us stretched out in the shade of his static home and offered us a beer, which we gladly accepted! Greene King is one of my favourite breweries 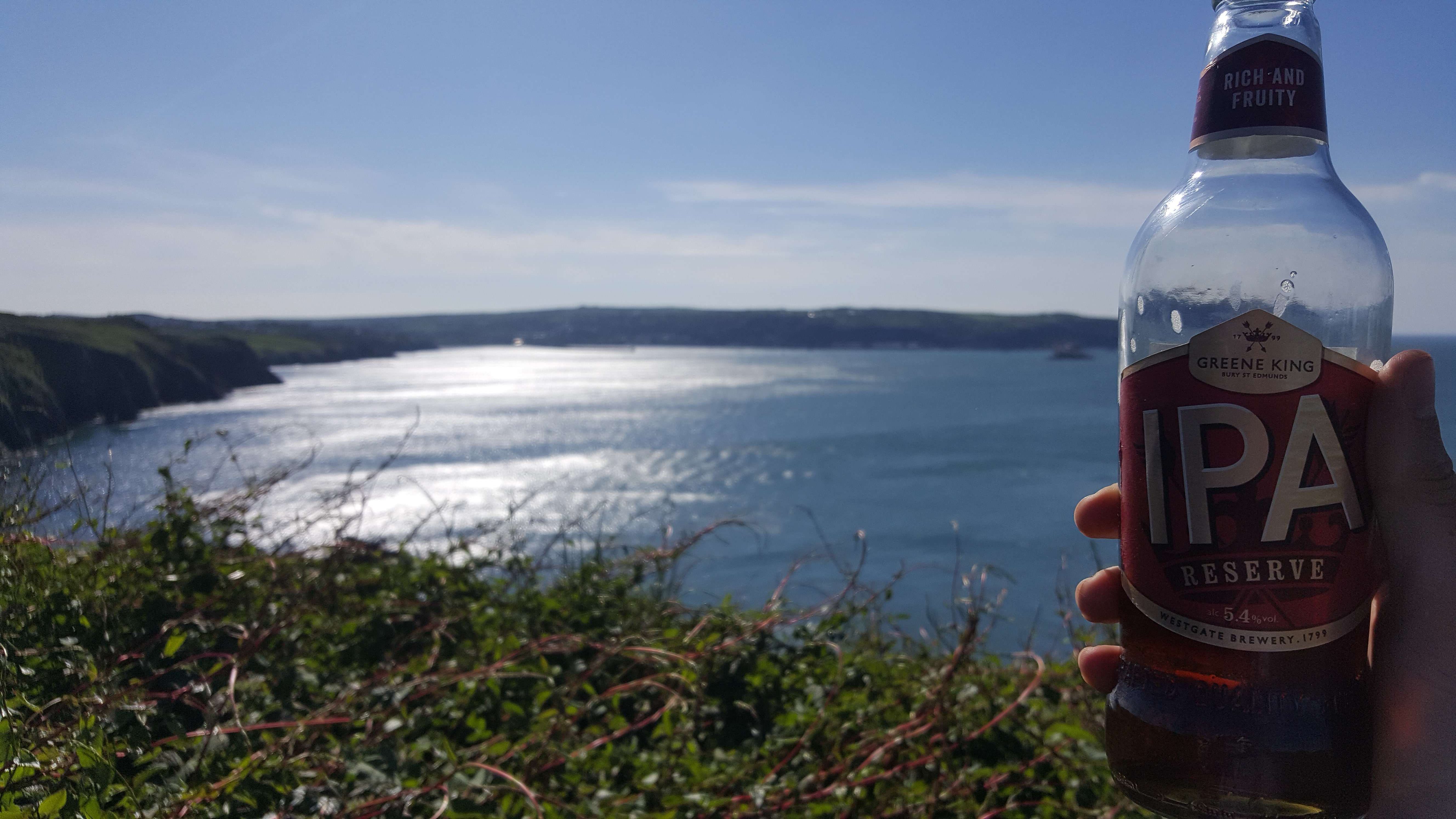 That evening we had the first sunset of the holiday and saw the ferry we were catching the following day arrive at the harbour.

The heatwave broke the next day and we had to cycle to the ferry in the rain. It was lucky that we did camp so close! 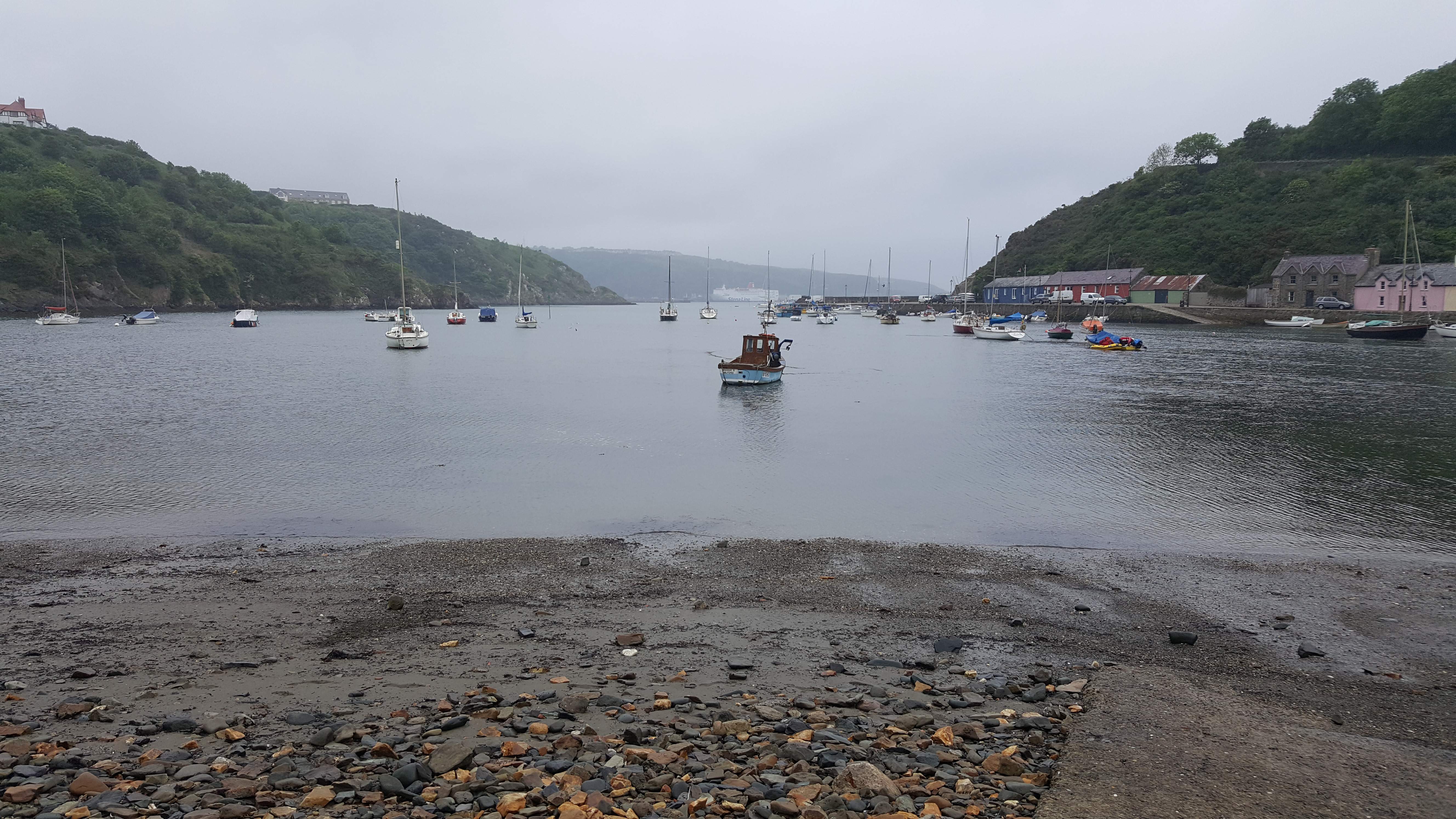 The next evening we were on the east coast of Ireland, and the countdown started: 34 days to cycle the Wild Atlantic Way and get to Belfast in order to catch a ferry to Liverpool for my older brothers wedding.

The cycle tour so far:
England – Cornwall to Wales

Or connect through Wordpress