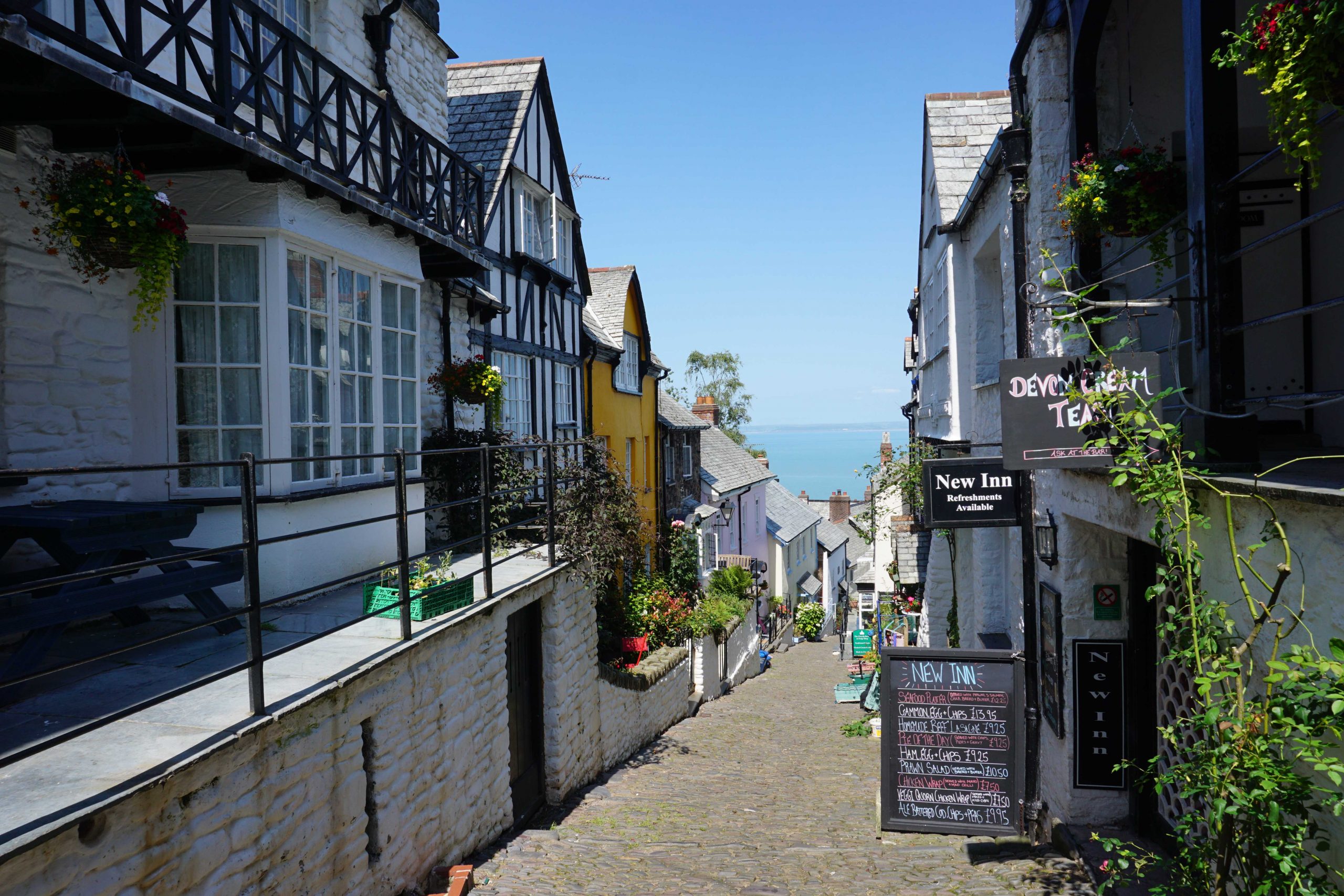 Clovelly is similar to many of the other fishing villages scattered around the Cornish coastline, with it’s small harbour and quaint cottages. But unlike the rest of them, the village perches on the side of a steep 400 foot cliff down to the sea. It doesn’t have any vehicles on the cobbled streets, instead the residents use sledges and donkeys to carry shopping to their houses. The village has been privately owned since the 13th Century as such charges an entry fee to help with the maintenance and care due to the huge amount of foot traffic from tourists. However, if you can it’s a much better idea to park along the coastline and walk into the village. As the entry fee is tied to the carpark you can enjoy the lovely Devon coastline and pop into Clovelly for a quick visit as well.

Every time I visit, I park at Brownsham carpark and do a 6 mile circular walk to the village and back.

The first bit of the route drops down to Mouthmill beach, where you can explore the stony beach and rockpools. It then continues up along the cliffs towards Clovelly, passing through the Deer Park attached to Clovelly Court and the clifftop woodland.

The best way to enter Clovelly is by rejoining the road at the top of the village and following it as it winds down to the sea. If you look behind the New Inn chalk sign slightly to the left you can see some of the sledges made from old plastic fruit crates poking out.

As you follow the twists and turns down through the village you can catch glimpses of the harbour and views across to Saunton Sands.

You can plan the trip to coincide with the tide times by referring to the tide timetable. If you go at low tide you can enjoy walking along the harbour bottom and right up the ships, and the waterfall is easy to get to further along the beach. Going at high tide presents you with a picturesque harbour, full of bobbing boats and the chance of seeing the fishermen coming and going.

A secret nestled in the cliffs just along from the village is Clovelly Waterfall. From the harbour, head right up the beach at low tide for about 10 minutes until you hear the waterfall coming down the cliff (bottom right corner on the map). It’s a difficult walk along the stone beach so be wary of twisted ankles.

After visiting the village, you can follow the footpath up to the church and Clovelly Court. There are glimpses of the manor house through the trees and then the footpath goes through the walled garden. If you have a Clovelly entry ticket, it also includes the walled garden. If not, then it’s £4 to see just the garden. Alternatively if you want to continue the walk and not see the garden you can follow the road route shown in light blue on the map and rejoin the footpath by the main entrance to the house.

A few photos from my Sunday walk along the River D

I went on my first Dartmoor wild camping trip alon

The only tor on Twelve Men's Moor I haven't climbe

I confess I thought the name Twelve Men's Moor ref