When someone happens across an arsenic mine on their land they probably don’t react with “oh that sounds like a great place to visit! Lets build a series of public walking and trails through it!”. Nevertheless, that is what Tamar Trails have done, turning the once poisonous arsenic mines of the Tamar Valley into a walking, mountain biking and general tourist destination. The Tamar River forms much of the border between Devon and Cornwall and as these trails are on the East side of the river, they are in Devon.

The map below shows all the trails and a bit of information about each one. I highly recommend printing/saving the map onto your phone if you plan to explore the area. A lot of the walks turn out to be a lot shorter than you would think and the map is handy for extending/shortening your loop. Also available in PDF form from the Tamar Trails site – Map. 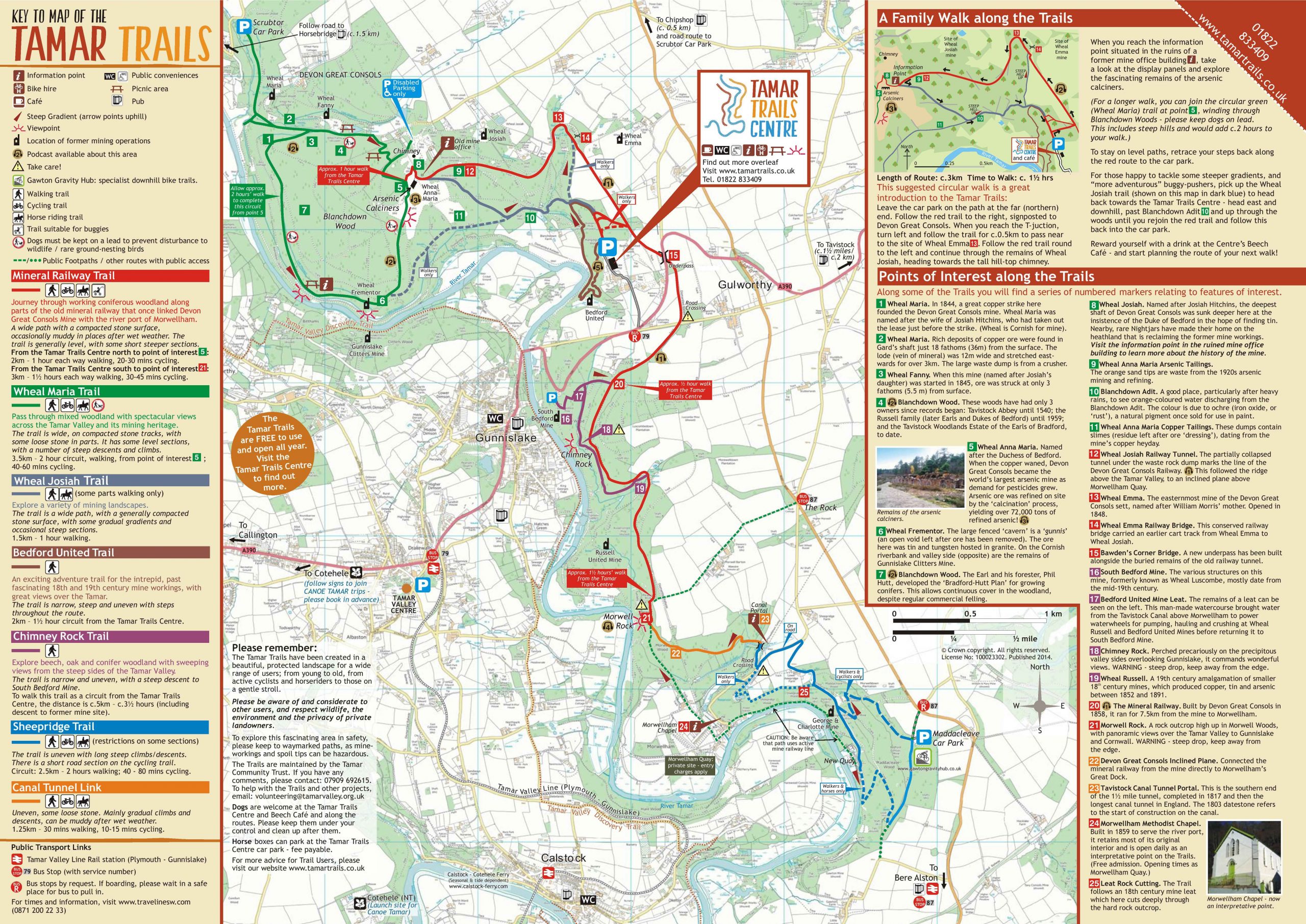 I’ve lived in the local area much of my life and have never realised that the upper valley woods were open to the public, though only since 2013. I decided to park at Scrubtor Carpark, right at the top of the map and walk the Wheal Maria trail. The carpark has space for about 5 cars, though at the weekend it rapidly fills up with dog walkers and other families so its advisable to arrive not too late in the day. There’s also space along the road for 2 cars if you do find it jam packed.

It was early afternoon by the time I left so I was in too much of a rush to read about the route. All I knew is that it had been used for mining, and being Cornish I presumed it was either tin or copper. The walk starts off pleasantly through coniferous woodland and is nicely sighposted with wooden pillers to tell you which trail you are on. There are occasional glimpses of the Tamar Valley through the trees.

I rounded a corner at the top of the hill and found the old mining works, neatly fenced off with a path meandering between the ruined buildings. 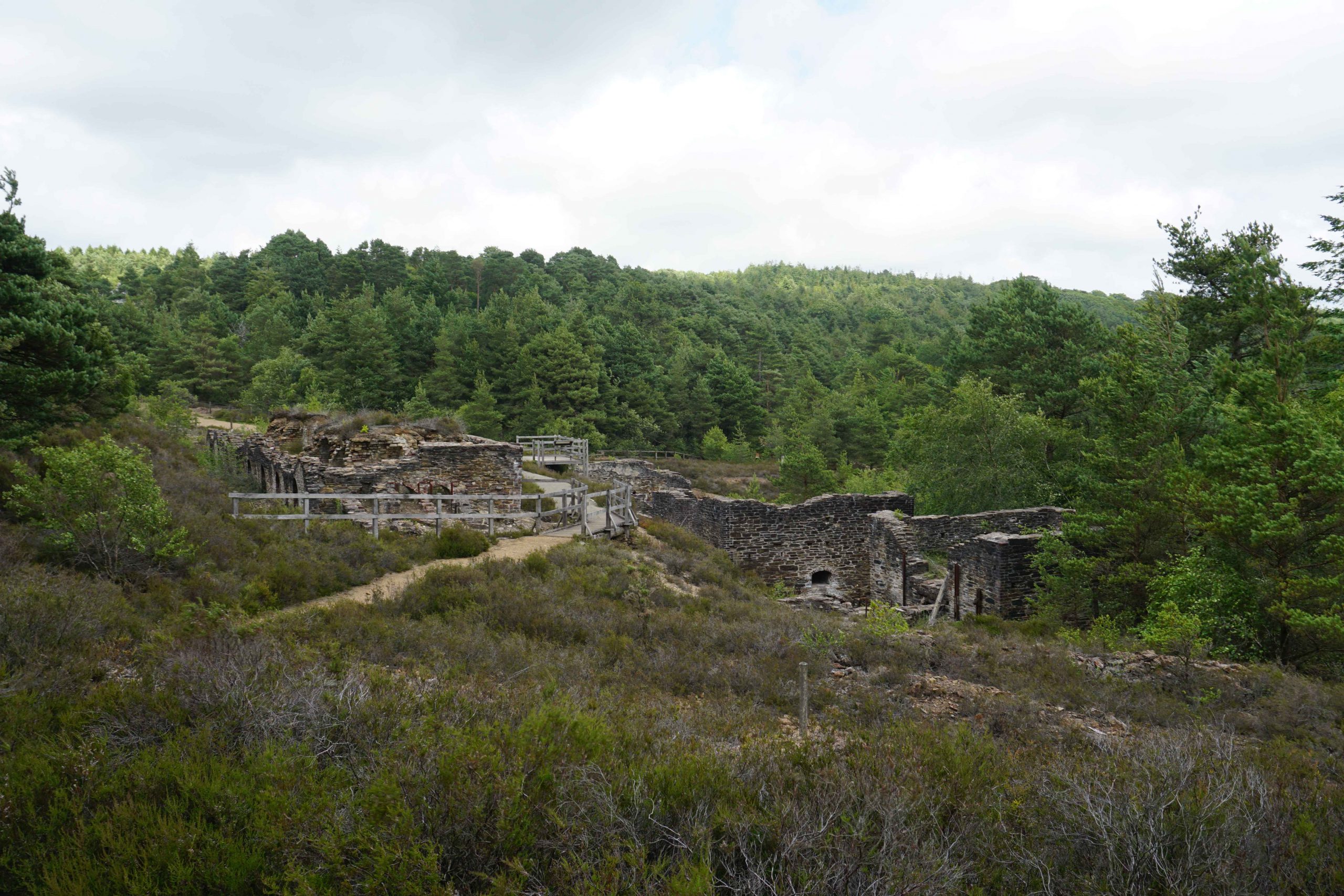 The area was proving to be more and more fascinating and the information sign told me a lot about the historic arsenic mining site. The mines were originally used for copper but closed once the copper ore veins ran out. The price of arsenic trebled by 1920 and the mines reopened, this time repurposed to mine arsenic. Construction began on a new refinery and then the price slumped just 5 years later and the works closed. The mines in the Tamar Valley were also known for lead, tin and silver, and Morwellham Quay was used to support the local mines and export the metal out.

There are picnic benches near the old mine workings and a tree swing up the path. I question the sense in having picnic benches right next to where arsenic was mined so wouldn’t recommend letting your children play amongst the ruins. Signs warn of poisoning, and also danger from falling rocks and loose ground.

There are also warning signs near the water sources that warn against drinking and playing in the water. Though if the water does contain arsenic it doesn’t appear to affect the local wildlife. I spotted Common Blue Damselflies flitting over the water and a deer amongst the trees.

Other walks along the Tamar valley 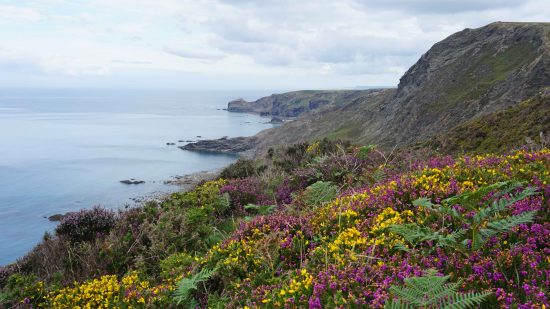